Since my post on Sir Henry Wellcome's sexual objects is the most popular post ever on this blog, I am delighted to be able to mention this forthcoming exhibition, Intimate Worlds: Exploring Sexuality through the Sir Henry Wellcome Collection​,  at the  Royal Albert Memorial Museum, Exeter, from 5 April-29 June 2014, at which there will be the chance to view these artefacts.
Posted by Lesley Hall at 21:32 No comments: 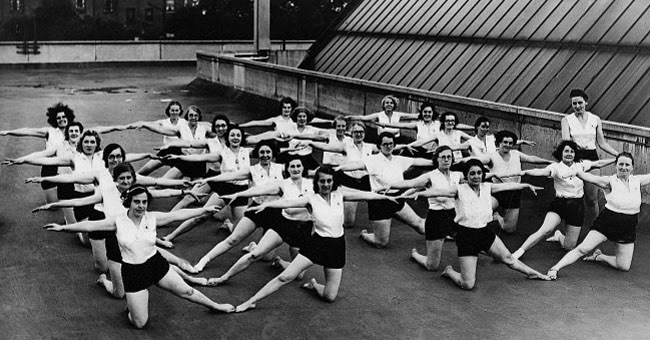 On 14th May at 6.30 pm,  I shall be giving the Roy Porter Lecture for 2014, 'Healthy Lives/Healthy World: the utopian visions of interwar British progressives'. This is free by ticket: booking opens on 25th April.
Posted by Lesley Hall at 11:45 No comments:

Email ThisBlogThis!Share to TwitterShare to FacebookShare to Pinterest
Labels: lectures

I like this article by Paula Michaels a lot, because she makes the significant point that


the path of popular history is closed to most historians because of the very subjects of their investigation. No amount of finesse with the written word would have put my first book, on the history of medicine and public health in Soviet Kazakhstan, on the shelves of Dymock’s. The publishing of popular history is driven not by how scholars write, but by what readers are willing to buy.

Speaking from my own experience, if I'd wanted to top the Amazon rankings in C20th biography, I wouldn't have written about a radical and penurious social activist who, towards the end of her life, saw the battles she had fought for continuing but not yet won. I'd have chosen some glamorous aristo or already well-known literary or artistic figure, or at the very least someone who had affairs with men of note or can be posited to be 'the original' for some literary character. However, that wasn't the research I wanted to do or the book I wanted to write.  Finding oneself gripped by a particular individual or group of individuals, rather than scanning the bestseller lists to see what's going well, drives a lot of people to create biography.

If one is thinking beyond the individual and about broader thematic topics, again, the bestselling areas are (at a guess) war, historical crimes especially involving horrible murders, and royalty. I don't deny that there are people doing work that is both popular and academically respectable on all of those topics, but those are not the only subjects of historical investigation and they don't light every historian's fire. I daresay, properly pitched, and given a sexy title like Subterranean Passions, Muck, and Brass a book on C19th municipal sewage reform might catch the public eye, given a few well-placed reviews and possibly interviews with the author (though one sometimes cynically thinks that being young and conventionally attractive is a significant asset for the latter).

Similar points are made in this powerful essay by Ludmilla Jordanova about heroic narratives in the history of science and the tensions that perhaps particularly affects museums between creating 'accessible ties with the fields they represent, while drawing on scholarship that is rooted in critical distance, in scepticism, even cynicism.'

We want to get our work across, but how far do we want it to be at the expense of complexity and nuance?
Posted by Lesley Hall at 20:29 No comments:

Spotted just now via Twitter, an article which claims that 'academic historians' compose 'brief analyses or micro-histories - finely hewn articles for scholarly journals that their peers are obliged to review as an occupational duty, and make you wonder: what is academic history for?'

But these, after all, constitute the necessary building blocks of more wide-ranging syntheses (which one does hope are written in a way to be pleasing and accessible, certainly). Otherwise, the historian is just making stuff up and guessing.

Most historians are engaged both in undertaking what are often very micro-studies (here I would evidence my own short essay '"The Reserved Occupation"? Prostitution in the Second World War', which appeared in Women's History Magazine, no 41, June 2002. This was an investigation into the basis for what turned out to be the urban legend of the 1940s that prostitutes were exempt from direction of labour and that women could get out of conscription by claiming that they were members of the oldest profession. Pretty micro, really.), and also much larger studies which bring together the fruits of their own and others' researches.

I would claim (well, I would, wouldn't I?) that the revised second edition of my own Sex, Gender and Social Change in Britain since 1880 (2012) is a good deal stronger and more nuanced than the first edition (2000), both because I had myself investigated a number of outstanding loose ends (that prostitution urban myth, a good deal more detail on sex education in the UK) and because a lot of other scholars had been producing work in the area, much of which was in the form of articles in scholarly journals as well as major monographs such as Matt Houlbrook's Queer London, Alison Oram's Her Husband Was A Woman! and Laura Doan's Fashioning Sapphism, Hera Cook's The Long Sexual Revolution and many more.

One of my own very micro-micro, even nano, -studies, on the alleged fashionability of nipple rings in late Victorian/Edwardian high society, was undertaken when a friend who had been reading a popular work of history on the pre-Great War era asked me whether the author's claim that this was so, could possibly have been true. I like to think that I have done a little towards clearing up a misapprehension based on Iwan Bloch's somewhat uncritical attitude towards his sources. But a microstudy of this nature was also fueled by a sense of the wider social context of sexual mores and body practices.

The practice of history perhaps requires continual shifting of perspective from the narrow to the broad to the middle range. An analogy I always like is George Eliot's metaphor in Middlemarch of microscopical examination of a drop of water:


Even with a microscope directed on a water-drop we find ourselves making interpretations which turn out to be rather coarse: for whereas under a weak lens you may seem to see a creature exhibiting an active voracity into which other smaller creatures actively play... a stronger lens reveals to you certain tiniest hairlets which make vortices for these victims while the swallower waits passively at his receipt of custom.