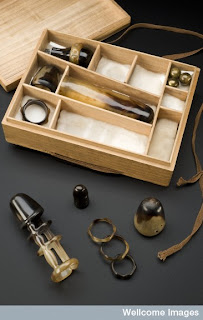 raising rather more puzzling questions about how these fit into the wider paradigms of the collection.
Posted by Lesley Hall at 12:31 No comments:

I recently came across, cited in Stephen Brooke's Sexual Politics: Sexuality, family planning and the British Left from the 1880s to the Present Day (2011: eventual post to follow when I've finished it), Leo Abse's comments on Stella Browne in his autobiography, Private Member (1973).

Although at first I was concerned that I had missed a firsthand impression of Stella when writing her biography, on reflection the likelihood that Abse ever met any of these three women, apart possibly from Alice Jenkins, who was the only founder member of ALRA to see the passing of the 1967 Abortion Act, seems minimal in the extreme. He was nearly 40 years younger than Stella (and over 30 years younger than Janet Chance), and their paths could only possibly have crossed in the late 1930s when he was studying law at the London School of Economics (possible, but not very likely). After war service in the RAF, he was based in Cardiff until being elected to Parliament in 1958. Furthermore, his condemnation is expressed in terms so very similar to Mrs Garrett's reported description of Stella quoted in Hindell and Simms, Abortion Law Reformed  (1971 - recently reissued in paperback) that the balance of evidence suggests he was working from that source rather than any personal acquaintance.

So I don't think I've let some precious piece of primary evidence escape me, though I suppose this posthumous and hearsay bit of blackguarding might have fitted into my 'Coda' on Stella's afterlife.
Posted by Lesley Hall at 14:40 2 comments:

A couple of recent posts of mine on the Wellcome Library blog:
Alan Turing and the Ratio Club (for LGBT Month)
Top archives of 2011
Not one of my posts, but of interest: Evenings with a Merman


From childhood to adulthood and across continents, this poignant and honest piece of theatre follows the lives of two British Africans living at the crossroads of culture, nationality, gender and sexuality.  Humorous yet haunting, this story is told by the characters whose lives are healed and celebrated through the experience.

I attended a read-through of this last summer. Not sure if I'll be able to see any of these stagings.

Roma Routes: EU funded project made up of a partnership of heritage organisations and Roma representatives from Germany, Greece, Slovenia, Romania and the UK. The project aims to encourage intercultural dialogue between Roma and non Roma to promote European Roma cultural heritage.
Posted by Lesley Hall at 21:25 No comments:

I've just added to my website the paper Situating Stopes: or, putting Marie in her proper place that I gave as keynote at the IHR@90 event, The Birth of the Birth Control Clinic, last March. There don't seem to be any plans afoot to publish the proceedings from this conference (and it doesn't seem as though the projected podcasts of contributions have happened), and anyway, much of the material synthesised in my paper was drawn from things I had already written on Stopes and on the interwar birth control and eugenics movements. However, I think it is a useful overview of some of the issues that continue to surround Stopes and make her a persistently controversial figure.
Posted by Lesley Hall at 15:26 No comments:

I see that I have posted before on the vexed issue of the archives of voluntary bodies.

The Voluntary Action History Society is making a concerted effort to make these organisations more aware of their archives and the need to preserve them: Wanted: Champions to safeguard the archives of our charities.

As I commented in a recent post to the Wellcome Library blog, we have acquired over the years a significant collection of archives of voluntary organisations in the medical and health field, and continue to consider the preservation of records from this very important sector a priority.

However, in the course of dealing with this question over the years we have had depressing experiences of records lost or stored in conditions under which they became irretrievably damaged, and encounted instances of very significant institutions which had paid no attention to preserving any details of their history.

Even if records do survive, there may be problems in finding an appropriate repository and in accessing the necessary resources to care for them.

But raising awareness of the importance of archives is a start.
Posted by Lesley Hall at 20:35 No comments: