Talk to the nice archivist *first*

Something that always forcefully reminds me of the lack of communication between researchers and archivists is being apprised of some research proposal - in more than one instance, a research proposal that has gained funding - where the researchers have done a lot of homework and put a lot of thought and effort into constructing their proposal, in some cases have even already invested in intercontinental travel -

But at no point have they found it necessary or desirable to contact the archivist i/c the material they intend to use in the project.

Which - and again, this is more than a unique experience - is not actually available for research, either because it has not yet been processed (and I don't think it is entirely breaking news that pretty well all archive repositories have a cataloguing backlog, even if these aren't as monster as the secret Foreign Office archive lately in the news) or because there are other issues such as Data Protection or the wishes of the donor affecting access. In one case, though the acquisition of an individual's papers had been announced, actual physical transfer to the repository in question had not in fact occurred.

A catalogued archive has robust referencing that means it can be effectively cited (though another of my archival moans is the failure of researchers to use the unique identifying references archivists have created) and one that it's possible to find things in without starting at box 1 and sorting through until reaching the last box - a process that is not considered best practice from the point of view of long-term physical preservation.

If you let the archivist/s know in advance that you are interested in putting forward a research proposal that depends on a specific archive, this will feed into their management decisions about cataloguing priorities and they may, in fact, get that archive processed. Whereas it is fairly unlikely that they will be able to just drop everything and process a collection because a researcher has turned up wanting to consult it.

I also consider that funding bodies could be a bit more au fait with this issue and spend some modicum of time when assessing proposals to ensure that the archives in question a) actually exist and b) are available to researchers.
Posted by Lesley Hall at 13:38 2 comments:

The booking site for my presentation at Barts Pathology Museum, A Night With Venus, a Lifetime with Mercury, part of their February 'Matters of the Heart' seasonal events, is now open and active. 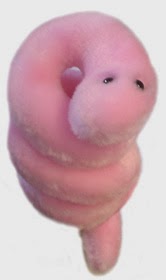 Looking at this post, on the new History of Sexuality Seminar at the Institute of Historical research, inaugurated this week at an almost impossibly overcrowded roundtable session, with people sitting on the floor and outside the door, I wonder whether the question posited is so either/or.

Possibly incoherence indicates a state of invigoration, rather than a One True Way accepted orthodoxy? Might it not be a sign of the health of the field that it is hard to get one's head around, that people are looking at different things and taking different methodological approaches and some are doing micro-studies and others are doing Big History?

Is it not a reflection of the fact that the topic under consideration - and given the debates over questions of definition, and what we call it, and the sex/sexuality distinction - is itself large and contains multitudes and contradictions? Coherence is too often an artefact of perspective.

I am all for people being aware that there is other work going on and that the issues are often intricately related in ways that may not be apparent on the surface, and that occasionally long-term continuities are overlooked in favour of what may look like change, but I don't think any one person or any one group owns the history of sex/sexuality and all its ramifications.

Some while ago there was an H-Net list on Psychohistory: unfortunately at the time (and I may be wrong about this) my perception was that it was being run by a small 'inner circle' of people who considered themselves the custodians of the Only Right Approach to Psychohistory and were quite heavyhanded about this. The list is now defunct.

I don't think it is entirely down to me setting up the first embryonic Histsex list in the late 1990s on a free listserv provider, and having a 'let 100 flowers bloom' approach to what its remit was, that H-Histsex still flourishes a decade after the move to H-Net, even if we seldom have the dingdongs heated discussions vibrant debates that I remember from those early days. I think it is probably far more to do with the wide-ranging and diverse nature of the subject.
Posted by Lesley Hall at 13:22 No comments:

Interesting thoughts on cataloguing, digitisation, activist records, and other issues

I am very taken indeed by this interview with Kate Eichhorn, Author of The Archival Turn in Feminism although it seems to me to be coming very much from a US perspective and not all her insights are applicable to the UK situation (the distinction between public and private universities, e.g., and no mention of the UK archival tradition in feminism embodied in The Women's Library, previously the Fawcett Library).

I particularly liked her paean of praise to the importance of cataloguing and the creation of metadata:


When you catalog a document, you’re giving the document a tag – you’re creating another layer of text that is attached to the document – a layer that makes it visible and retrievable in a larger system. I suggest here that this has more potential for social change than digitization of individual documents, because rendering a document visible in a meta-catalog means that that single document now has the potential to become visible in a myriad of different contexts. By contrast, one can digitize a document and make it available online, but as we all know, if the document is not properly tagged, it will never be retrieved, no one will see it. If archival and library-based activism is at least partly about access, then the tagging of materials – be it a material document or born-digital item – is critical.

Something that people who go 'why don't you just digitise everything' tend to overlook (but I am old enough to remember the 'why don't you just microfilm everything' earlier iteration of the same mindset): 'if these materials can’t be retrieved, they are as accessible as a box of photographs or documents locked in a personal storage unit'.

A lot of really good thoughts and perspectives there.

The discussion of preserving archives of activism also resonates for me with a discussion at the Hirschfeld conference in Berlin last May, when somebody raised the question of whether the records of activist bodies were not better left in situ as part of an organic whole.  To which my own response was that activist bodies often did not have secure permanent premises (not to mention concerns that might take priority over record-keeping) and that not all activists were always aware of the importance of preserving their records - my blood ran cold when I read an interview with a central figure in various campaigns of the 60s and 70s who talked about shredding the files, locking up the office, and moving on to the next campaign as each one achieved its aim. These kinds of archives are thus often particularly at risk.

And on the subject of Hirschfeld and his legacy, a blog for the AHRC-funded project on A Violent World of Difference: Magnus Hirschfeld and the Shaping of Queer Modernity has just been inaugurated.
Posted by Lesley Hall at 14:40 No comments:

But I thought historians...

I've been brooding over something somebody said during a conversation at a party before Christmas in the context of the relationship between historians and science fiction, where somebody mentioned that history is one of the humanities which involves looking at/for evidence, and I suggested that historians are interested in the factors leading to change within societies, and then somebody said

Which is, when I came to reflect upon it - party conversations not being great for pursuing intricate trains of thought - a rather naive view of What Historians Do. Even if historians do have to have a nose for the reliability of the evidence they consult.

As an archivist, of course, one of the things in which we are interested is making sure the record is an authentic record and not letting people either remove things, or insert things that compromise the integrity of the record - e.g. The 29 fakes behind a rewriting of history or the insertion into the Tate Archives of documents creating false provenance for forged artworks

But as a historian there are still issues of interpretation to the documents, and it's not necessarily that one will be 'more reliable' than another: it's more about 'what does this mean?', 'how much weight should we give to this?' and piecing together an array of different materials rather than having The One True Account.

Also, what does reliability mean? A document which is entirely unreliable in one respect may be extremely reliable in another, if only as an exemplar of the kinds of stories that were being told.

Documents and other evidence also exist within a context, and sometimes people who are focusing on these traces lose sight of the bigger picture of which they are part, and thus miss important points.

History is rather less about establishing The Real Truth and more about discussions and debate on the meaning of the evidence and how we interpret it.

Though what is history and how do we do it is pretty much an endless discussion.
Posted by Lesley Hall at 19:05 No comments: